« An Drouizig Difazier » for Microsoft Office 2011 (MacOSX) is about to be finalized. Before the summer 2013 it will be possible to download it from this webpage. Stay tuned!

The "beta" package is already available and can be downloaded here (v0.5, update of May, 28th, 2013). Since Breton was not officially supported before the MacOffice 2016 release, it is necessary to select "Swedish" as input language in the different tools to activate the spell and grammar checkers. 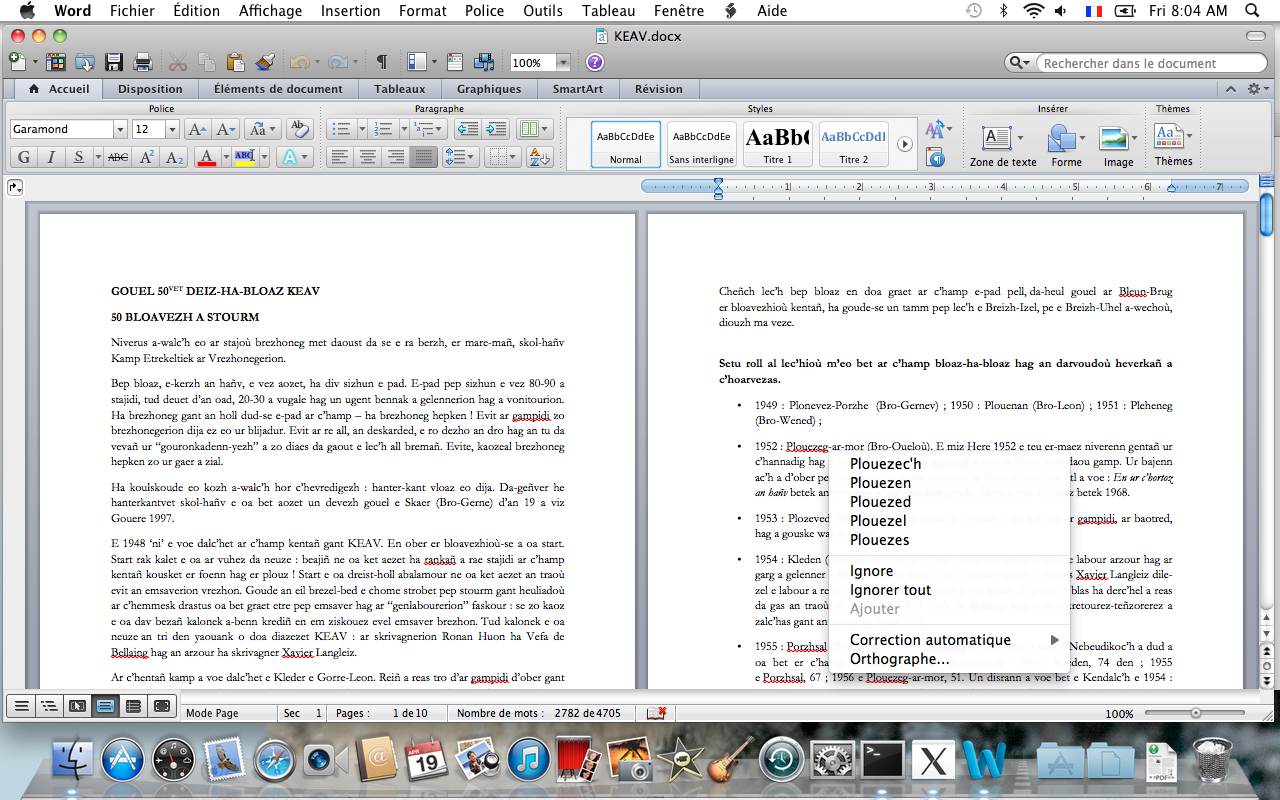 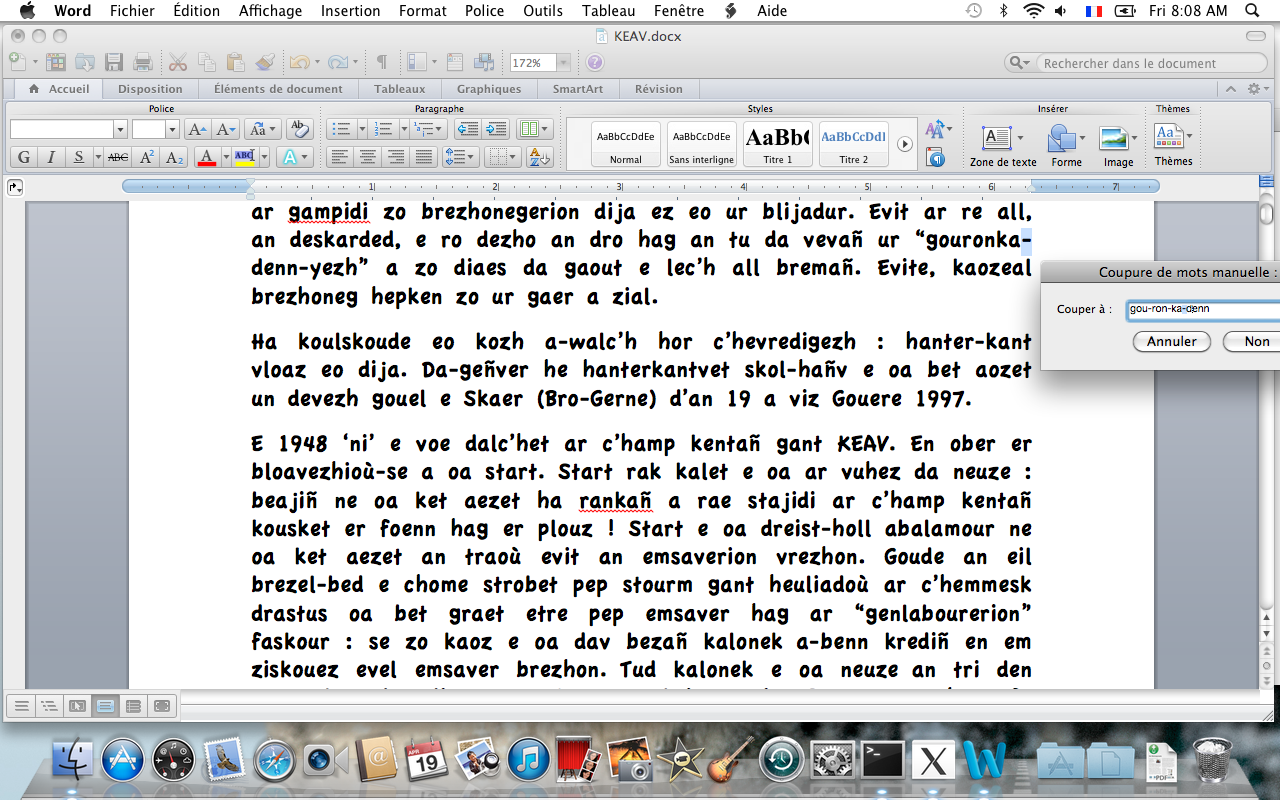 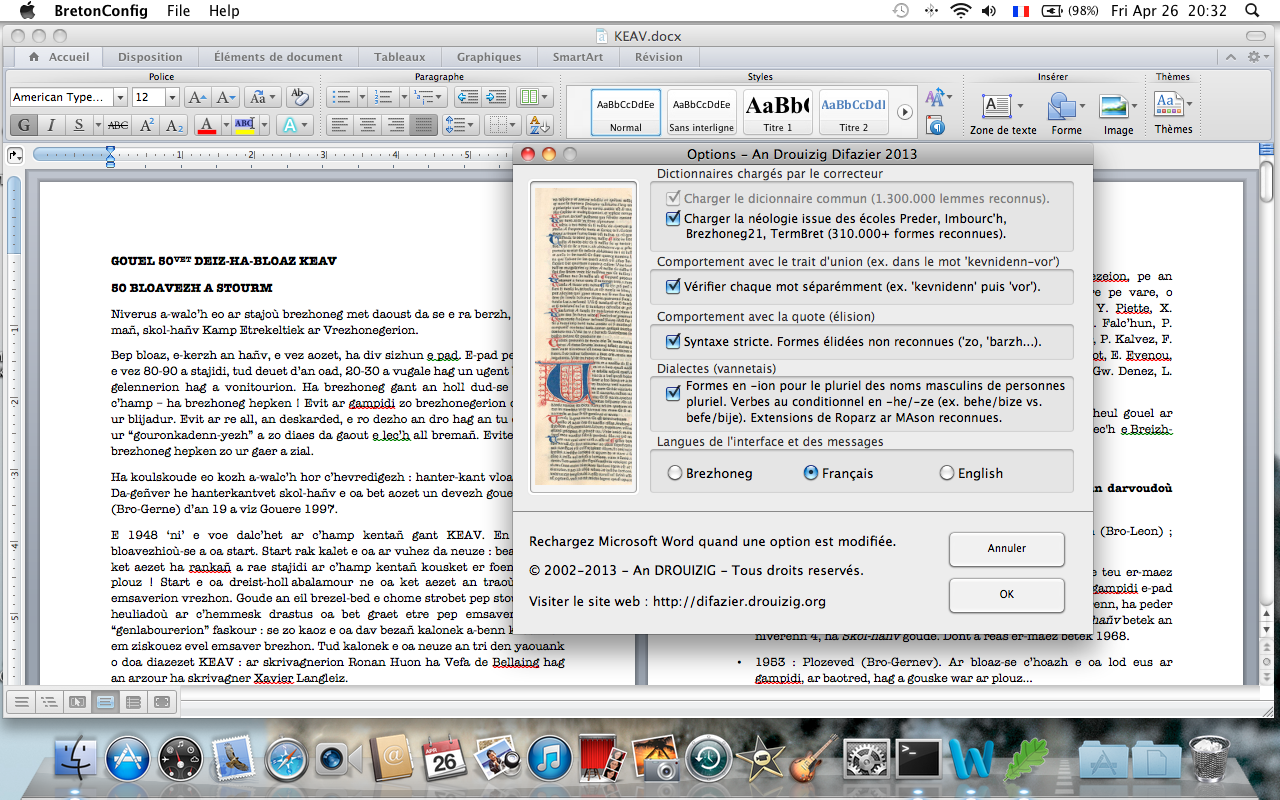